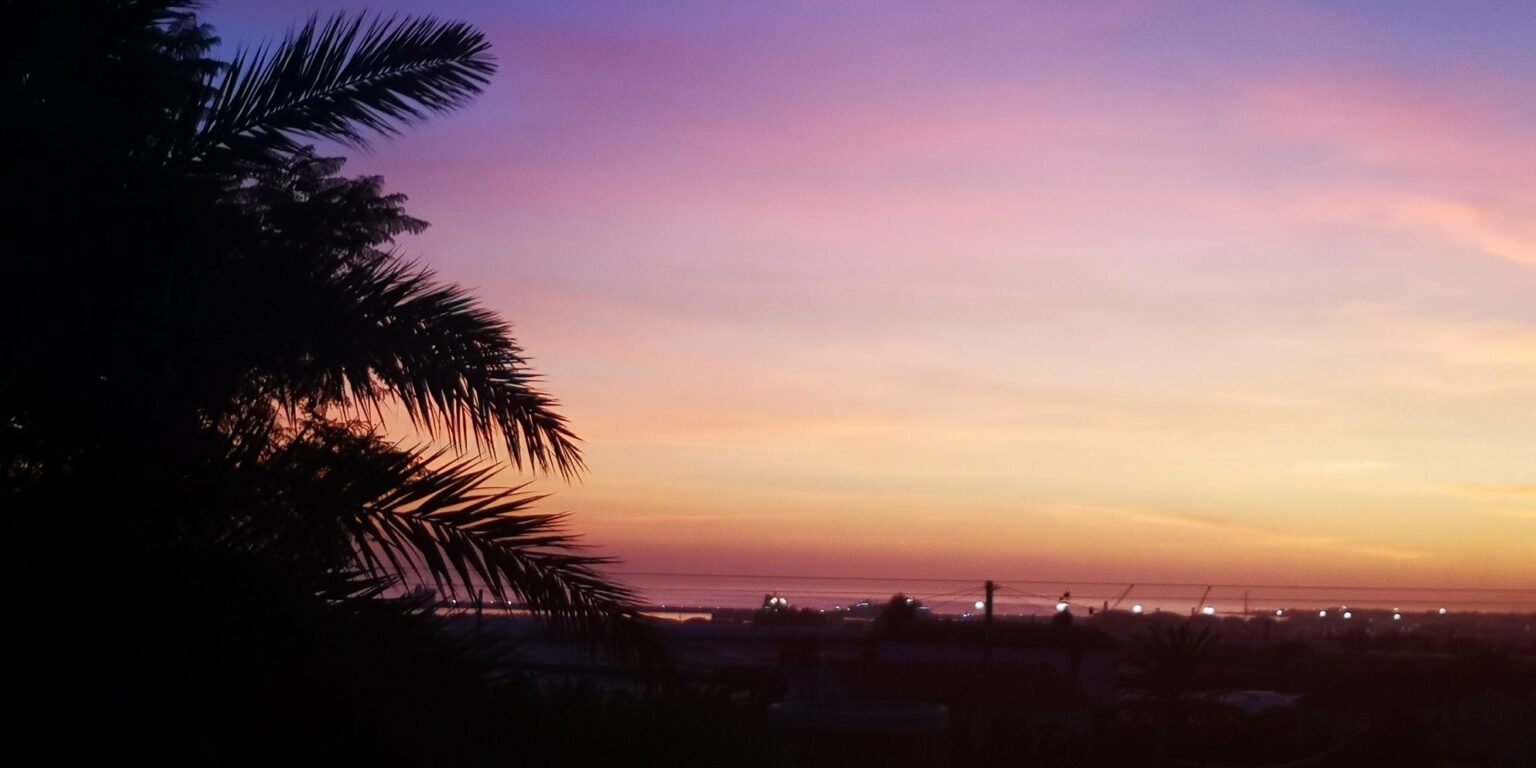 The area east of Malaga is less dry and lusher than the surrounding areas. This is because the mountain range of the Sierra Nevada, the backdrop to the Costa Granadina catches more rain and thus supplies the area with abundant irrigation from the ancient acequia systems and rivers. It also provides protection from northerly winds creating a tropical microclimate with very mild winters and cooler summers compared to the interior of Spain, with temperature differences of around 10 °C (18 °F) compared to the area on the other side of the mountain range – so it could be 38 °C (100 °F) on a summer day in the city of Granada and only around 28 °C (82 °F) on the Costa Granadina. It is not unusual for there to be snow in Granada whilst don’t he coats it is 17 °C (63 °F) With over  320 sunny days per year on average,  the area has an almost subtropical microclimate. The average annual temperature ranges between 18 and 20 degrees: While summers are warm, with temperatures around late twenties to early thirties degrees , the  winters are very mild, averaging around 17 to 19 degrees and lows of only 10 – 12 degrees, annual rainfall is also only around 500mm annually.

The climatic conditions of the area support the cultivation of exotic tropical fruits unique to this part of Europe. This is the case of Cherimoya, which has a designation of origin and has made Spain the world’s leading producer of this fruit. There are also crops of papayas, avocados, mangoes, guavas, litchi, etc.

uniquely, Sugar cane is also grown in the area, the only place in Europe.

Couple this with the wide range of beaches, restaurants and natural beauty, this easily becomes a great destination to live in all year round or to find your perfect holiday home.