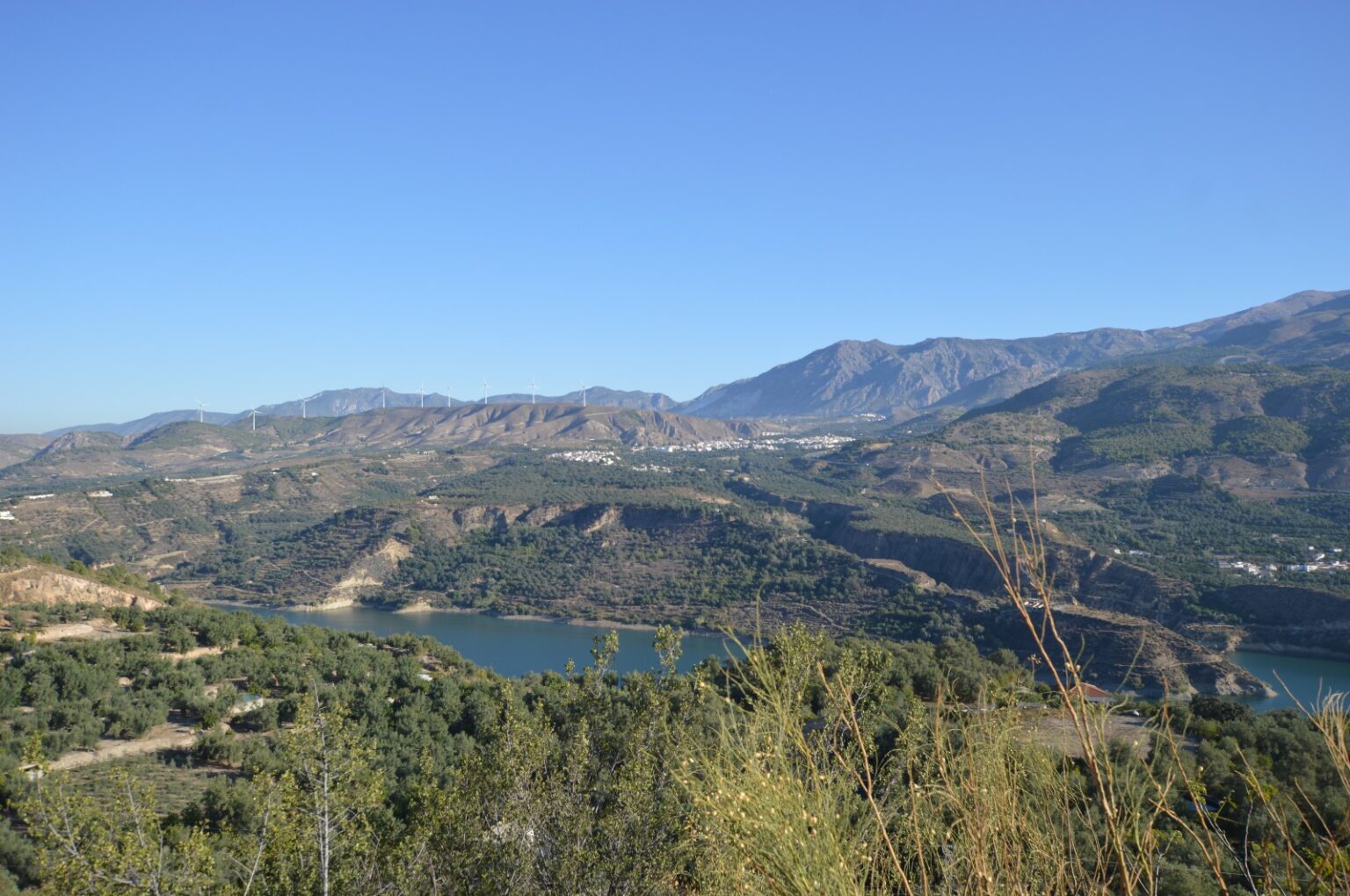 Valle de or Valley of Lecrin means the Valley of Happiness in Arabic, a description of the area coined by the conquering Moors in the 7th Century. It is an area of outstanding natural beauty with clear sunny skies and stunning vistas. It is an area of rolling hills topped with Moorish watch towers, tiny hermitages and dark aromatic pine forests. Its deep ravines, rugged cliffs, and rivers form the backdrop to the soft greens of olive plantations silhouetted against brilliant red hillsides, shimmering green citrus groves and almond trees.

The snow-capped Sierra Nevada mountains rise steeply to the east; the sierras of Albuñuelas and Guájares form the western boundary. To the south, Sierra Lujar guards the pass through to the Mediterranean Sea. In between the rugged mountains, Lecrín lies in a fertile agricultural area, with much of the farming done on ancient narrow terraces inaccessible by automobiles. Mules are still widely used to work the farming plots and local village houses still have cavernous storage rooms on the main floor with ample stable space for mules and dogs. 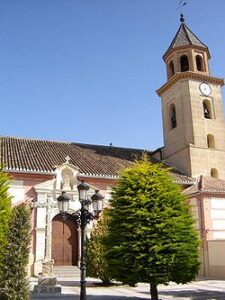 Valle de Lecrín is comprised of 17 towns and administrative centers including Acequías, Albunuelas, Beznar, Chite, Conchar, Cozvijar, Durcal, El Valle, Lecrín, Melegis, Mondujar, Murchas, Niguelas, Padul, Pinar, Pinos of the Valley, Restabal, Saleres, Tablate, Talara, and Villamena. Many of the villages date from Moorish times, some to the period after the reconquest by the Catholic Monarchs of Granada in 1492. All are white pueblos with narrow winding cobblestone streets, quiet plazas and domed churches. Each town has its own fiestas celebrated with noisy good humour, music and fireworks.

Nigüelas, a pretty village above the Lecrín Valley district towns, is particularly preferred by foreigners who come to enjoy the beautiful vistas and affordable house prices. Of the Lecrín towns, Acequías is the highest at 867 metres above sea level. The district descends via Mondujar, Lecrín, Murchas, and Chite to Béznar a mere 576 metres above the sea. 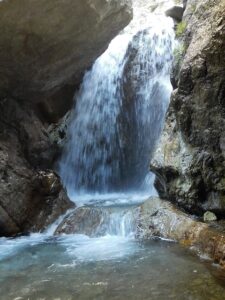 In January, the first clouds of pink and white almond blossoms appear, later on, the orange blossom fills the valley with its perfume and the oranges and lemons shimmer. Spring flowers are abundant, blues and purples compete with the astonishing red of the poppies. Later in the year, yellow broom dominates the hillsides and passing flocks of goats release the scent of wild lavender, thyme and rosemary. Pomegranates, the symbol of Granada, make their exotic debut in August and September.

The area has much to offer the traveller, particularly those interested in walking and trekking. The locals are welcoming and friendly. Throughout the Valle de Lecrín there are signs pointing out the numerous Roman and Arab baths, ruined castles, old olive mills and interesting churches.