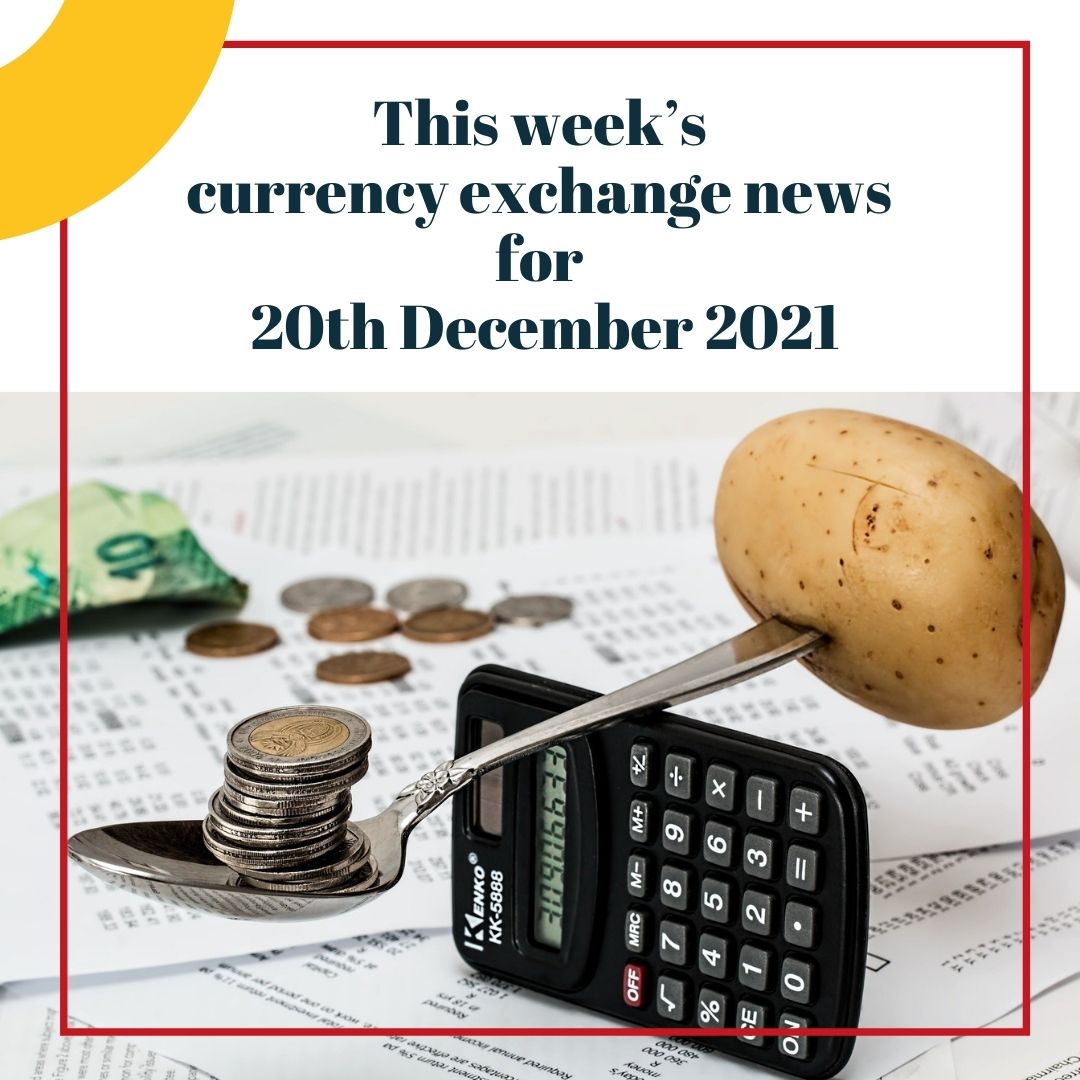 Last week contained no less than 30 central bank meetings and certainly ended with some surprises. The largest was probably from the Bank of England as they raised the base rate to .25%, having shunned the opportunity last month The continuing rise in inflation appears to have unsettled central banks, including the typically slow to react European Central Bank. There is now a sizeable policy divergence between the Federal Reserve and their European counterparts despite the ECB appearing less dovish than anticipated. There is also some division in opinion between central bankers on how the current wave of Covid will affect prices. Some argue that demand will drop and subsequently inflation will fall, whilst others take the opposite view that supply will be damaged, which will push prices up.

As we rapidly approach Christmas and the end of the year, the market may be more volatile than it normally is at this time of year. The rapid rise in Omicron cases, particularly in the UK, will continue to worry the markets. With liquidity draining as traders leave their desks to join the festivities, there could be some sharp movements over this holiday-shortened period. As would be expected, the data dockets are relatively bare this week; however, some notable releases are scheduled, especially in the US. Also, unusually for this time of year, politics may become a factor in the UK with Lord Frost’s resignation adding to the Prime Minister’s woes. .

GBP
The first hike in base rates since 2018 has reassured the markets that the Bank of England hasn’t taken its eye off the ball regarding inflation. The comments on the likely path of inflation from its Governor Andrew Bailey reassured investors that the Old Lady is aware of the threat. The prospect of further rises next year to 1% should underpin sterling despite the UK suffering what appears to be a large wave of Covid infections. The prospect of further rises was reinforced over the weekend when Huw Pill, chief economist of the Bank of England, warned that there were “ a lot more rate hikes to come”. Away from economics the travails that Boris Johnson is facing, which seemingly worsened over the weekend, may start to undermine overseas investors confidence and limit any appreciation.

EUR
The move by the European Central Bank to change its level of quantitative easing was another surprise, as was its acknowledgement of inflationary pressures and the subsequent upward revision of its forecasts. This helped the euro end the week stronger against the dollar whilst it dropped against sterling. As usual, there is a conflict between the hawks and doves in the council and last Thursday’s moves were seen as a small victory for the hawks. Despite their actions, the ECB remains on a much slower path back to normality than either the Bank of England or the Federal Reserve and whilst this remains the case, any rise in the value of the euro will remain capped. The data run looks relatively quiet in the week ahead, with the highlights being the German GfK Consumer Sentiment and eurozone Consumer Confidence surveys tomorrow.

USD
Unlike their counterparts at the Bank of England, the Federal Reserve had telegraphed its intentions via several speeches during the run-up to last Wednesday’s announcement of an acceleration in the pace of tapering. The dollar initially picked up some fresh demand but broadly ended the week lower than it started. This may well be caused by a combination of factors, including year-end rebalancing as people repatriate dollars. The Fed also signalled that they are prepared to increase rates next year and in line with market expectations. This week as one would expect, volumes will drop, and volatility will increase as we head towards Christmas and the New Year. The US does have some important data on the calendar, including Durable Goods on Wednesday. More notably Personal Consumption and the Core Personal Consumption Expenditure are published on Thursday afternoon, by which time many will have closed their trading books.

Scandi
The Swedish Krona was stuck in a narrow range against most G10 currencies and managed to keep its ground as riskier assets were sold on the back of interest rate hikes and increased Omicron cases. With Christmas Eve being the day Swedes celebrate Christmas, most market participants will have a shorter working week. The Business Confidence indicator is released on Tuesday and on Wednesday the latest PPI figures are released alongside November’s Retail Sales data. On a monthly basis, sales are expected to have decreased by 0.4%.
Norges Bank did what the market had been predicting all year long and increased the base rate by 0.25%. This was the second rate hike this year by Governor Olsen and the rate now sits at 0.50%. The press conference after the announcement offered very little future guidance and the Krone failed to rally.