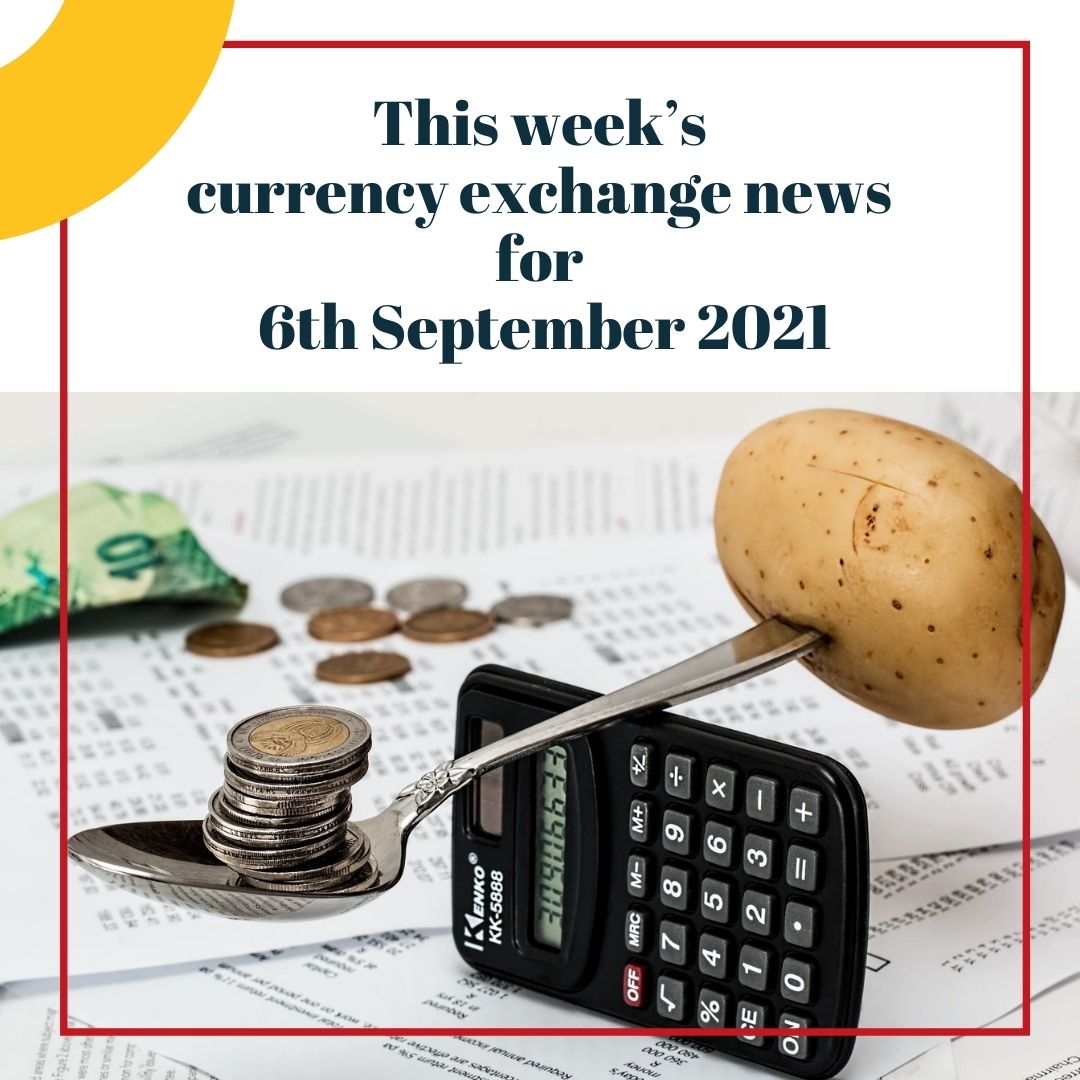 Currency exchange news for buying a house in Spain

The dollar weakened all of last week in reaction to the perceived dovish tone from the Federal Reserve, this led to the expectation on tapering in September to fade. The primary beneficiary was the euro which in turn was helped by some seemingly hawkish statements from members of the European Central Bank (ECB) in advance of this week’s monthly meeting. The pound also gained nearly two cents as the dollar weakened and has started the week a smidgen higher against the euro. Friday’s release of disappointing non-Farm payroll data, clearly affected by the recent rise in Covid cases, seemingly endorsed the Fed’s hesitancy. It is now unlikely that any announcement regarding tapering will happen until the end of the year, leading possibly to further dollar weakness.

The eyes of the financial markets will move back across the Atlantic closer to home this week and will focus on the last ECB meeting before the German elections at the end of the month. Despite the election now being a matter of three weeks away, the outcome is far from clear, and worries over this may start to dominate the narrative and weigh on the euro. Also of concern to the ECB will be the bumpy road to recovery that is becoming increasingly apparent by the uneven data releases from the EU. Sterling looks set to have a few days on the sidelines before a data-laden Friday. The markets are shut in the US today for Labor Day, which traditionally marks the end of their vacation period so a quiet day may be in store. The next two months are historically volatile in financial markets, so could this be a calm before the storm?

UK
After a week bereft of meaningful domestic data in the UK, there are some potentially market-moving releases on the data docket starting this morning with the British Retail Consortium’s Retail Sales for August and followed later in the day by Markit’s All-Sector Purchasing Manager’s Index. There is a lull until Friday when there is a considerable amount of data released starting with Industrial and Manufacturing Production, followed by the estimate of July’s GDP. Recent data shows that the velocity of people, and consequently their spending, is still impaired and is, in fact, still below pre-Covid levels. With this in mind, analysts expect a sharp drop in GDP, which could well weigh on sterling. Politically, there has been little to disturb sterling recently as UK and EU politicians concentrated on events in Afghanistan. However, issues over the Northern Ireland Protocol still linger, and as always, there is the possibility that they will resurface as the UK parliament returns. There is only one speaker from the Bank of England this week, Michael Saunders, tomorrow afternoon

EU
After putting in a strong performance last week, particularly against the dollar, the euro will be vulnerable to any dovish rhetoric from European Central Bank President Christine Lagarde at her press conference on Thursday. Much of the euro’s recent strength has been derived from hawkish statements by ECB spokespeople, Weidmann, Holzmann and Knot, which have led to some expectation that the ECB may beat the Fed in the race to taper. After Friday’s Retail Sales for the Eurozone posted a surprisingly large drop of 2.3%, a lively debate on the pace of bond purchases looks to be on the agenda. With the ECB’s chief economist Phillip Lane stating recently, “we have time this autumn to work out what comes next”, it would be a surprise, but not a complete one, if they did start to temper the pace of their bond purchases. Apart from the ECB meeting, there are plenty of data releases to occupy the market starting tomorrow with the ZEW surveys on economic sentiment for both the EU and Germany and the EU’s Employment report. The data week closes with the publication of Germany’s Consumer Price Index on Friday.

US
Friday’s disappointing non-Farm payroll reported showed that only 235,000 new jobs had been created, which was much lower than the consensus and, most importantly, below the threshold that traders believe the Fed had earmarked to taper bond purchases. On closer inspection, there were some positive elements to the report, particularly the drop in unemployment from 5.4% to 5.2% and the 0.6% surge in wages. But at the end of the day, total employment remains over five million below its February 2020 peak. This will, without doubt, mean that the Fed will refrain from any tapering announcement in September. The week ahead has a relatively sparse data docket which starts Wednesday with Job Openings data (JOLTS) and the Fed’s Beige Book’s reporting on the economic situation. On Thursday, the weekly Jobless total is announced, and on Friday, August’s Producer Price Index is released. The Fed’s John Williams is scheduled to speak on both Wednesday and Thursday evenings

Scandi
The Swedish Krona recovered some ground as risk returned to markets worldwide. This week sees some macro data releases which will give us a health check on the economy and how it fared throughout the summer and vacation period. The Budget Balance is published on Tuesday, and on Wednesday, various Industry related figures, including the Industrial, Service Manufacturing data, are released.
The Norwegian Krone was the most volatile G10 currency last week, and this week we are looking forward to the Industrial Orders and Manufacturing releases on Tuesday and the latest GDP figure on Thursday. Friday will see the important Inflation Figure being published, and it is expected to come in at 3.3%, i.e., much higher than Norges Bank’s 2% target.