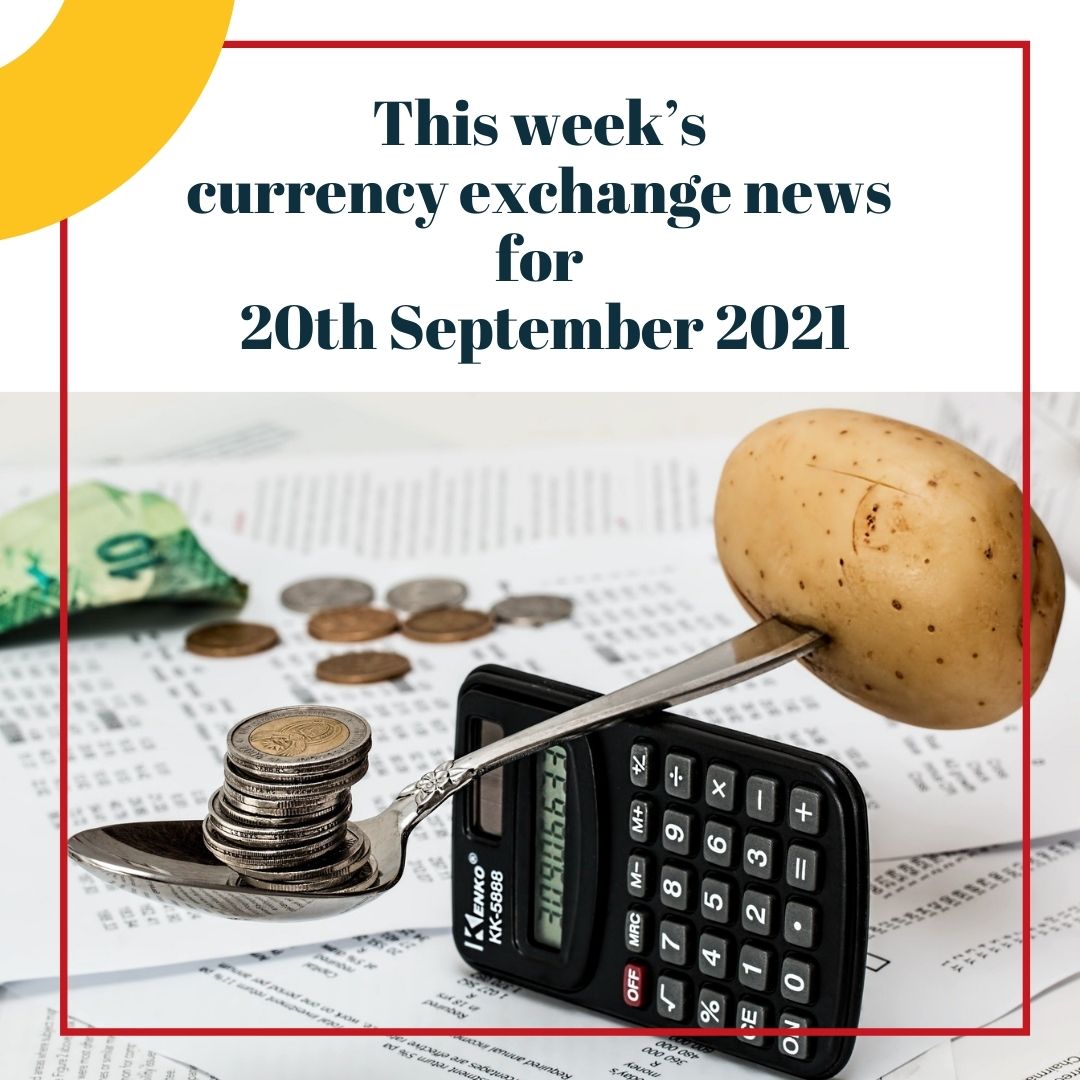 For much of last week, sterling played second fiddle to the dollar as it bobbled in a relatively tight trading range. This was hardly surprising ahead of what promises to be the busiest trading period since summer ended with both the Federal Reserve and the Bank of England meeting. Sterling ended the week on the back foot as very disappointing Retail Sales figures, released on Friday, dented the optimism that the unemployment data had brought to the market last Tuesday. The UK’s Retail Sales data was in sharp contrast to those that the US had published less than 24 hours earlier. It reflects how mindful of the coming week the markets are that the currency movements were smaller than would be normally expected.

Despite a cabinet reshuffle in the UK and the upset that the Chinese, and indeed the French, are expressing over the announcement of the AUKUS pact between the US, UK and Australia, politics have hardly entered into the thoughts of the market recently. However, with federal elections in Canada today and the German election this coming Sunday, politics will be firmly back on the agenda. By midweek politicians will take a backseat, if only temporarily, as central banks take centre stage. Two of the big three meet this week with the Federal Reserve meeting on Wednesday and the Bank of England on Thursday. As if this wasn’t enough for the markets to digest, the central banks of Sweden, Norway and Switzerland are also scheduled to meet.

GBP
The upcoming monthly meeting of the Bank of England dominated sterling for most of last week and will continue to do so until at least its Press Conference on Thursday. Last Friday, a disappointing set of Retail Sales figures dampened expectations that the Bank of England would set out a hawkish agenda. Sterling had gained steadily during the week anticipating such a move by the Bank of England and but after the Retail Sales data, it gave back most of its gains. Predictions over the course of action that the Bank of England will choose are more challenging than usual, with two new members joining the MPC this month. Recently the Bank has received criticism over its actions. According to its quarterly survey, public concerns over inflation rose sharply last month whilst satisfaction over its control dropped to a decade low. With this in mind, the MPC may be more hawkish than anticipated and decide not to purchase the proposed final tranche of quantitative easing. The only data released in the UK is also on Thursday when preliminary (flash) Purchasing Managers Indexes (PMI) for both Services and Manufacturing are published, but the Old Lady will overshadow them.

EUR
The euro eased against both Sterling and the dollar last week as various members from the European Central Bank (ECB) continued with their dovish rhetoric. With both the Bank of England and the Federal Reserve seemingly ahead of the ECB in the tightening cycle, the euro again looks vulnerable in the week to come from any hawkish signals from either of the other central banks. Traders will also watch the German federal election at the end of the week, more so now that it looks that the socialists and the Greens will hold the balance of power. Olaf Scholz, the leader of the SDP, is widely perceived as a spendthrift compared to Angela Merkel. If he could form a coalition successfully and become Chancellor, profound changes would occur in Germany and Europe. Whatever the outcome, after 16 years of stability, the leadership change will lead to nervousness over the euro. With so much happening politically, the data that is released may well drop below the headlights. The data run starts on Wednesday with Eurozone Flash Consumer Confidence, followed by Markit’s PMIs for the Eurozone and its constituent countries on Thursday. Friday closes the week with September’s German IFO Business Climate survey

USD
As happens every month, the eyes of the financial markets will be firmly focused on the press conference following the Federal Open Market Committee meeting on Wednesday. Up until August’s Jackson Hole Symposium, there was a widespread expectation that the Fed would announce a start to its tapering of asset purchases after this meeting. After Friday’s disappointing Consumer Sentiment report and slightly underwhelming employment data, leaving 5.3m fewer people in work than before the pandemic, these thoughts have dissipated. There is, however, a chance that the Fed is becoming uncomfortable with the level of inflation and may pre-announce an announcement on tapering. There is also the possibility that the “dot plot” reflecting Fed members views on the date of future interest rate rises will change. At present, 7 out of 18 favour a move in 2022, but this number may become more evenly balanced. Either of these outcomes would spur demand for the dollar. The dollar may also benefit from a souring of risk sentiment if the financial problems of China’s Evergrande worsen. Data-wise, there is little on the data docket to move the markets ahead of the FOMC with just housing data this afternoon. The only significant data comes on Thursday when the weekly Jobless report and Markit’s PMIs are released.

Scandi
The Swedish krona initially gained some ground last week against most G10 currencies but eventually finished the week weaker than it began. This week the Riksbank is expected to leave rates unchanged on Tuesday, but market participants will closely follow Governor Ingves’ press conference, the first major event since after the summer. The unemployment rate is out on the same day and is expected to come in at 8%.
The General Election was held in Norway last week, and for the first time in a very long time, all Nordic countries now have Socialist/Green coalitions ruling. The election result had minimal impact on the currency, and the Norwegian Krone finished the week weaker than it started. All eyes are on Norges Bank this Thursday as Governor Olsen is expected to increase the Deposit Rate by .25%. If this turns out to be the case, this would be the first G10 rate hike since the WHO declared a global pandemic in March 2020