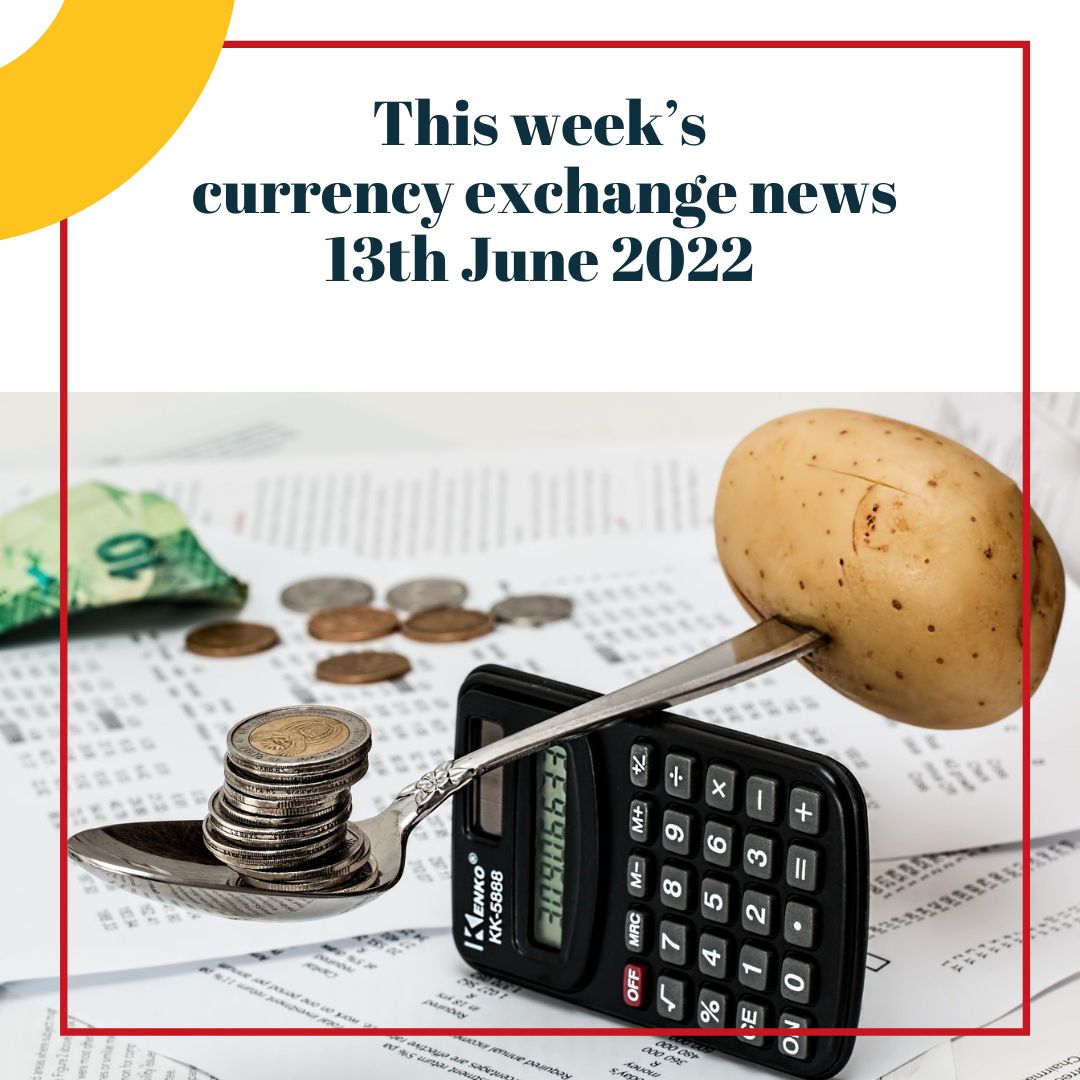 This weeks currency exchange news – How does it affect you?

This week’s currency exchange news – How does it affect you?

European stock markets are expected to open sharply lower this morning, continuing the global sell-off after red-hot inflation data in the US raised fears of aggressive Federal Reserve monetary tightening. Following the data release, the dollar climbed to a near four-week high against a basket of currencies on Friday, after data showed U.S. consumer prices accelerated in May, strengthening expectations the Federal Reserve may have to continue with interest rate hikes through September to combat inflation.

In fact, it’s going to be a big week for central banks, with the Federal Reserve widely expected to deliver a second 50 basis point rate hike on Wednesday. Investors will be watching closely to see what Fed Chair Jerome Powell has to say about future rate hikes after Friday’s much stronger than expected inflation data. The Bank of England is expected to deliver a fifth consecutive rate hike amid a mounting cost of living crisis.

GBP
The Bank of England was the first major central bank to start reversing its pandemic stimulus back in December but that did not stop U.K. inflation hitting a four-year high of 9% in April, almost five times the BoE’s 2% target. Following through with their roadmap, the BoE is widely expected to deliver what will be its fifth consecutive 25 bps rate hike since December on Thursday, despite a growing number of global central banks opting for half-point hikes. Nonetheless, the BoE expects inflation to exceed 10% later this year and Governor Andrew Bailey said in April the bank was walking a very tight line between tackling the surge in inflation and causing a recession.

It’s also a busy week for U.K. economic data, starting with GDP figures for April which will be released today and are expected to be flat. On the other hand, employment data on Tuesday is expected to point to continued tightness in the labour market, with unemployment seen declining while wage gains accelerate.

To get the latest and best currency exchange rates just click here
EUR
The possibility of a more aggressive hiking cycle later in the year is weighing on sentiment as the Eurozone economy struggles with slowing growth, exacerbated by the war in Ukraine, as well as rampant price increases. In fact, the euro lost ground on the prospect of the European Central Bank raising interest rates in a slowing economic environment. At her press conference on Thursday of last week, ECB President Christine Lagarde declined to give any concrete detail as to how the ECB intends to keep bond yield spreads within an acceptable range as it embarks on its first monetary tightening in 11 years. By contrast, she gave unusually detailed guidance about the path of interest rates, which may be 75 basis points higher by the end of September.

USD
The Fed is all but certain to raise interest rates by another 50 basis points on Wednesday, adding to the 75 bps of rate hikes already delivered since March. Friday’s hot May inflation data has revived fears that Powell could flag a faster pace of future rate hikes; data showed that U.S. consumer inflation jumped by 8.6% year-over-year in May, its biggest gain since 1981 with gasoline marking a record high and the cost of food soaring. This has prompted concern for investors that an aggressive push higher on interest rates could tip the economy into recession. In fact, market watchers will be keeping a close eye on Powell’s press conference after the policy meeting and on the Fed’s updated economic forecasts as well as its “dot plot”, which shows the projected outlook for interest rates.