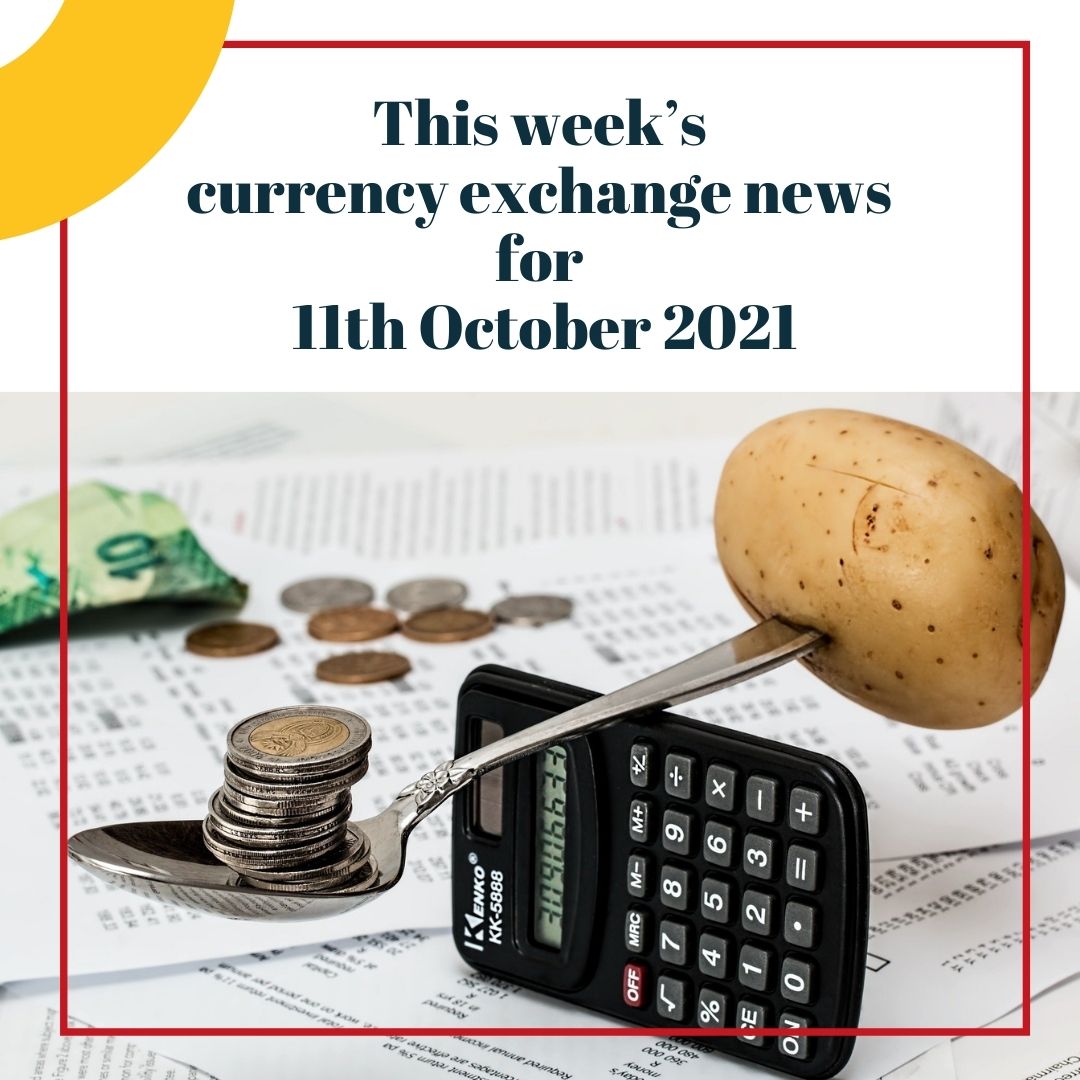 Currency Exchange news 11th October – Is now the time to make your transfer?

Last week was, to borrow a phrase from football, a game of two halves. The first half was dominated by the price movements in the gas and oil markets and the Conservative Party conference, the second half by speculation over the latest US employment data. The volatility in the gas markets has been extraordinary and looks set to continue for some time. After seeing prices skyrocket, Moscow suggested that they could help, which calmed the market. However, there was no commitment from them to do so, and doubts over their generosity remain. The Conservative Party conference came and went and was probably most noteworthy for the veiled threats over Northern Ireland and Article 16. The week ended with what can only be described as a mixed set of employment data from the US, none of which appears bad enough to derail the Federal Reserve from announcing a tightening of policy at its next meeting on November 3rd.

The eagerly awaited non-Farm payroll number initially disappointed with a headline figure of 194,000, well below the 500,000 analysts were predicting. It was better than it first appeared on closer inspection, with the headline figure distorted by public sector movements and the inclement weather that the US suffered in September. The actual unemployment level dropped to 4.8%, and there was an upward revision to the previous month’s figure. With unemployment dropping and the number of jobs created falling, the issue the US now has, the same as the UK, is in the supply of workers. Finally, after comments over the weekend from Michael Saunders, a Bank of England’s Monetary Policy Committee member, suggesting a rise in the UK’s Base Rate sooner rather than later, sterling should have a good week ahead

GBP
Sterling put in a good performance last week, especially against a beleaguered euro and ended up knocking its head against its recent best levels. As would be expected, Boris Johnson was full of optimism at the Conservative Party conference whilst Sir David Frost rattled his metaphorical sabre at Europe. Against the dollar sterling, as did most currencies, eased over the week and ended about half a cent down. The UK’s shortage of gas and storage facilities will continue to worry traders this week. Whether the supply and price issues caused by the deficiency will cause inflation and a brake on consumer enthusiasm is open to debate. As mentioned earlier Michael Saunders, suggested that money markets were correct in looking for a rise in interest rates, possibly before Christmas. Following his comments, this week’s orators from the Old Lady will be listened to attentively than usual. The first to take the stage is Sir Jon Cunliffe on Wednesday, followed by Silvana Tenreyro and Catherine Mann on Thursday. The data week kicks off with August’s unemployment data tomorrow, which is expected to report another fall. The reaction will probably be muted as this report is still skewed by the government’s furlough scheme. The only other first-tier data is Wednesday’s estimate of Gross Domestic Product. Also released on the same day are August’s Industrial and Manufacturing Production.

EUR
As expected, the euro had a torrid week as everything seemed to conspire against it. However, it may now be in oversold territory and a revival in its fortunes, albeit only briefly, would not be a surprise. Looking ahead to this week, it is hard to see the narrative changing too much whilst the political situation remains in flux in Germany. The euro also faces headwinds caused by its spat with Poland and, in common with the rest of the world, the continuing energy supply issues. Meanwhile, the European Central Bank continues to see any inflationary issues as transitory, and the prospect of policy tightening from them compared to the UK or US is remote. The data week starts tomorrow with the ZEW Eurozone and German Sentiment Indexes. After last week’s poor Retail Sales figures, the market will be watching closely how Eurozone Industrial Production is faring when August’s is reported on Wednesday at the same time as Germany’s Consumer Price Index (CPI). The only other report of note is the Eurozone’s Trade Balance on Friday

USD
With the debt ceiling temporarily raised and the hurdle of non-Farm payroll data cleared, the dollar may be in for a quieter week ahead. While it would be foolish to discount further fallout from the Chinese company Evergrande totally, it looks temporarily under a semblance of control. With one less issue to worry the stock markets, risk sentiment should be on a somewhat more even keel. It will be a quiet start to the week as much of the US, including the bond market, is shut for Columbus Day. The data docket has an interesting feel and should shed some light on how the consumer is feeling. It starts with the National Federation of Independent Businesses sentiment survey and Job openings (JOLTS) tomorrow. On Wednesday, the Consumer Price Indexes will report on the level of inflation that the American consumer is facing, which will, of course, have some influence over the policies of the Federal Reserve. Also, on Wednesday, the minutes from the Federal Reserve’s last meeting are released. Thursday, the weekly jobless claims number is released, and finally, the week closes with Retail Sales and the University of Michigan’s sentiment surveys.

Scandi
The Swedish krona finished the week on a strong note gaining on most G10 currencies on Friday. This week we will get the latest CPI figures expected to come in at 2.7% on a year-on-year basis. Albeit somewhat lower than some other European countries, this is still above the 2% level set by the Riksbank, and market participants will look for any comments coming out from Governor Ingves’ office.
The Norwegian Krone is continuing its bull run and is still a hot topic of discussion given the fact Governor Olsen is expected to increase interest rates once more towards the end of the year. Today the latest CPI figures are released, and on Friday, the Trade Balance is reported.


If you need to get some advice on currency exchange click here: Get Currency Exchange advice or for more news visit: https://lanjaronproperty.com/articles/